The History of Psychology

For as long as Philosophers have been thinking about how we think, the concept of Psychology has always existed. Which brings these questions to mind:

The Early Years of Psychology:

Before Scientific Psychology philosophers were always talking about how the brain works and how our bodies relate to our minds. For example,

Over the next 2000 years more and more came to light about human nature and then in the 1600s, when modern science was starting to flourish, came a lot of new theories about human behavior and the ancients’ debates were renewed.

However, his concept of the mind forced him to conjecture on how the immaterial mind and physical body communicate. He dissected animals to get answers and when he found fluid in their brains’ cavities he determined that they contained “Animal Spirits”, which he thought ran through nerves that he thought to be hollow and these Animal Spirits went to the muscles to provoke movement.  Memories formed as experiences opened pores in the brain into which the animal spirits also flowed. Descartes was right that nerve paths are important and that they enable reflexes.

He also foresaw research findings on our noticing and remembering events that confirm our beliefs: “All superstition is much the same whether it be that of astrology, dreams, omens . . . in all of which the deluded believers observe events which are fulfilled, but neglect and pass over their failure, though it be much more common.”

The Birth of Modern Psychology:

Before long, this new science of psychology became organized into different branches, or schools of thought, each promoted by pioneering thinkers.

Introduced by Edward Bradford Titchener the idea of Structuralism, was that just like Physicists and Chemists studied the structure of matter, Titchener aimed to study and discover the structural elements of the mind.

He did this by engaging people in self-reflective introspection (looking inward) and then training them to report elements of their experience as they looked at a rose, listened to a metronome, smelled a scent, or tasted a substance. What were their immediate sensations, their images, their feelings? And how did these relate to one another?

The downside though was that for this to be successful people needed to be able to truly understand what they were experiencing to vocalize it so it made the concept unreliable because of how varied the results were.

Because of this introspection lessoned and so did Structuralism.

The idea of Functionalism was to study the evolved functions of our thoughts and feelings. It was thought this was better because it meant the study of how a brain does what it does.

William James was influenced by Charles Darwin, and assumed that these things were adaptive, that they helped our ancestors survive.

To him Consciousness had a function, it helped us to learn from our past, adjust and adapt for our present, and plan for our future.

It was because of this that James encouraged exploration of emotions, memories, willpower, and streams of consciousness. 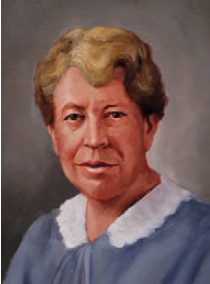 One of James’ students was Mary Whiton Calkins, who despite a lot of the restrictions of the time was not allowed into the Organization of experimental Psychologists (people who explore behavior and thinking with experiments) despite the fact that it was founded by Titchener who was her graduate advisor. 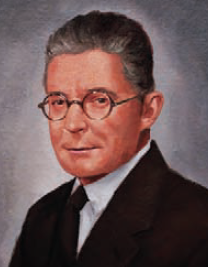 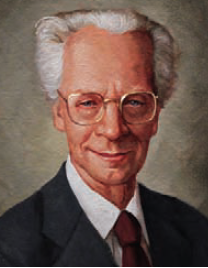 In the 1920s John B. Watson and later B.F Skinner both dismissed introspection and redefined psychology as “the scientific study of observable behavior.” After all, they said, science is rooted in observation.

They suggested that behavior is influenced by learned association through a process called ‘Conditioning’ and that was could be observed wasn’t sensations or thoughts but behavior and how people respond to different situations.

Another major force was Freudian psychology, which emphasized the ways our unconscious thought processes and our emotional responses to childhood experiences affect our behavior.

There were two other groups that rejected the definition of psychology that was current in the 1960s. The first of the two groups were the humanistic psychologists, led by Carl Rogers and Abraham Maslow, and they found that both Freudian psychology and behaviorism too limiting.

The rebellion of a second group of psychologists during the 1960s is now known as the cognitive revolution, and it led the field back to its early interest in mental processes, such as the importance of how our mind processes and retains information.

Cognitive neuroscience, in an interdisciplinary study that has enriched our understanding of the brain activity underlying mental activity.

The cognitive approach has given us new ways to understand ourselves and to treat disorders such as depression.

To encompass psychology’s concern with observable behavior and with inner thoughts and feelings, today we define psychology as the science of behavior and mental processes.

Behavior is anything an organism does—any action we can observe and record. Yelling, smiling, blinking, sweating, talking, and questionnaire marking are all observable behaviors.

Mental processes are the internal, subjective experiences we infer from behavior—sensations, perceptions, dreams, thoughts, beliefs, and feelings. The key word in psychology’s definition is science.

While Structuralism and Functionalism are no longer active schools of thought in psychology, they did set up the divide that still exists between basic research and applied psychology.

How did psychology develop from its prescientific roots in early understandings of mind and body to the beginnings of modern science?

What are some important milestones in psychology’s early development?

How did psychology continue to develop from the 1920s through today?

Scientific Foundations of Psychology Assessment 1
Next